When a first aider initially arrives at the scene of an incident, the worst thing they can do for everyone involved is to rush straight in. That is not to say that fast action isn’t essential. First, the responder must assess the situation in front of them. This assessment is known as the Primary Survey. 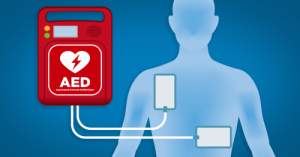 Of course, to protect their safety, and best help their patients, it is essential that first aiders know about each stage of the survey. Happily, the acronym DRABC or DR ABC, as it is also known, can help here, a topic which you can read more about below.

What does DRABC stand for?

DRABC is the acronym for the steps in the primary survey procedure that every first aider must complete when they initially come across a casualty. DRABC stands for Danger, Response, Airway, Breathing and Circulation. Although, there is some debate as to whether this is enough steps in some cases. An issue we will get into more detail about later on.

What is the DRABC procedure?

Most people complete the basic DRABC procedure in the order that follows:

Before anything else, it is vital that a first aider assess the overall danger of the situation, and whether it is safe for them or any other person to be in it. After all, a first responder cannot help a casualty if they become injured. Not doing a danger assessment could even mean risking their own life and putting additional strain on the emergency service once they arrive. Something that can interfere with the treatment the casualty receives.

For example: If a casualty is in an accident in a vehicle on the motorway, the primary danger here would be other traffic. Therefore, the traffic would need to be stopped before attending to the casualty. Only after you have confirmed that there is no danger can you approach and assess the casualty. 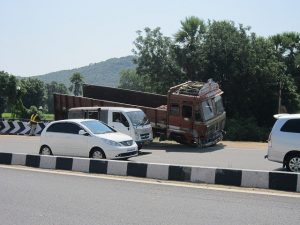 The second step isn’t about the first aiders response, but about whether the casualty can respond and provide information about their condition.

It is a very valuable stage, as even no-response will inform the first aider about the seriousness of their casualty’s condition.

To help you properly conduct step 2, use the mnemonic AVPU:

To check your casualty’s airway, place them on their back, and use two fingers placed on their forehead and two on the chin to tip their head back gently. Use your fingertips on their chin to lift their mouth and open their airways.

Now you have opened your casualty’s airway, spend 10 seconds checking for signs of normal breathing. If they are not breathing, breathing infrequently, or abnormally you can go to step 5.

If the casualty is unconscious, but breathing normally, put them in the recovery position (when it is safe to do so).

If your casualty is not breathing, it’s time to call 999. Do not start CPR until you have called 999. Your casualty will have a better chance of survival if the emergency services can get to them quickly. Use your speakerphone to make the call if you are on your own. Also, instruct those around you to fetch an AEB while you administer CPR.

Above you can find the basic DRABC steps to be used in the primary survey. However, it is worth noting that some people use an enhanced version known as DR C ABCDEFG. The DR C ABCDEFG method is similar to the hospital care model adapted for first responders.

The benefits of the added steps include a more detailed assessment and an increased focus on preventing further injury and promoting recovery as well as just preserving life.

Between the response and the airways stages comes stage 2.1, checking for catastrophic haemorrhaging. The reason being that catastrophic blood loss can kill quickly and needs to be stemmed before dealing with issues of airways, breathing, and circulation.

Some people combine step 5 with asking for a Defibrillator while others regard it as a stage of its own. Indeed, you must instruct other people around you to get an Automated External Defibrillator – AED, while you are attending to the casualty.

Fortunately, these are now available in many public places, including airports and shopping centres and can help diagnose several serious conditions as well as administer treatment for them. 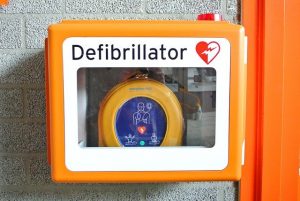 For others using a more extended model, D stands for damage. The idea is that this step to identify the extent of the casualty’s injuries and where possible stabilise them.

Step 6: E for Everything else

Yes, ‘everything else’ seems a little broad. However, it can be broken down into three further Es – evaluate ABCDs, endocrine blood glucose (blood sugar), environment. This step aims to prevent further issues as opposed to treatment.

Yes, we have mentioned the recovery position before, but once again some models separate it into its stand-alone step. It’s also a good reminder to change the position of your casualty if it is both appropriate, and they have started to breathe independently.

Finally, the very last stage is to get help. Although, if your casualty wasn’t breathing, you would have already contacted the emergency services.

However, this more extended model also accommodates conscious casualties. If your casualty is conscious, breathing, and in no immediate life-threatening danger, collecting information first and then contacting the appropriate services can be preferable.

Of course, whether a first responder will choose to use DRABC or the extended version will depend on their level of training, and the particular incident they are attending.

Skills Training Group offer a range of first aid courses. If you’d like further information on these courses, call us on 0808 164 2780.