The decision to move a boiler could be motivated by a variety of reasons. It’s common to relocate a boiler to free up storage space in a kitchen, reduce the noise of a boiler in a bedroom, or simply position it in a more discreet place where the pipework is less visible. Alternatively, the move might even be part of a larger home extension project.

But how much does it cost to relocate a boiler? In this guide, we’ll explore the factors that affect the price of moving a boiler, from the materials involved to the place it’s being moved to. Along the way, we’ll also take a look at scenarios when a new replacement boiler would make more sense, locations you can move a boiler to, and how long the process takes. 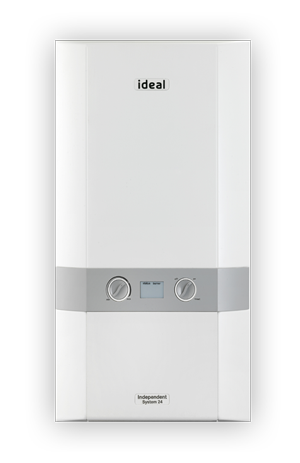 The cost of moving a boiler

In most situations, moving a boiler will cost between £300 and £800, taking one or two days to complete. The price of a boiler relocation varies depending on a range of factors such as where it is being moved to and the weight of the unit.

The process of relocating a boiler requires additional materials such as new pipework, which will be included in the total cost. The price of the components involved differs based on the complexity of the move, but can be broken down broadly into:

How far will the boiler need moving? The distance that the boiler has to move will affect the amount of pipework that’s needed to reroute the connection to the mains. These pipes are made from copper, which is an expensive material to source. Longer distances will also involve more work for a gas engineer, meaning the cost of labour will increase.

For these reasons, the cost of moving a boiler from upstairs to downstairs (or vice versa) is greater than simply relocating it to a new position in the same room.

The weight of the boiler

Boilers vary considerably in weight. Gas and LPG boilers are much lighter than those that run on oil – and old units tend to be heavier than newer ones (modern combi boilers are the lightest).

Normally, one gas engineer can relocate a boiler on their own. If the boiler weighs a lot, however, a team of two may be required, increasing the labour costs.

A boiler flue removes the toxic carbon monoxide fumes produced by burning gas or oil to heat a home, carrying them safely outside. When relocating a boiler, the flue will have to be moved to the new position and a flue hole will need to be made in the wall or ceiling.

In some cases, an entirely new flue will need to be installed, adding to the cost of the project. For example, downstairs boilers use a horizontal flue to remove fumes via the side of the house; if the boiler is moved into the loft, it will need a new vertical flue to take fumes out through the roof. 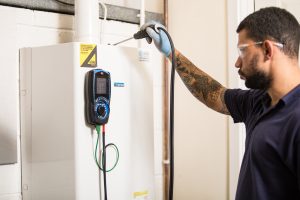 Would it make more sense to replace the boiler?

Before deciding to move a boiler, it’s worth considering whether it would make more financial sense to replace it with a newer unit altogether. Homeowners should think about installing a new boiler rather than relocating it if the existing one is old, inefficient, or out of its warranty.

An older boiler may need replacing in a few years anyway. In such cases, there is little point in relocating the unit only to remove it and install a new one after a short while – updating the boiler to a newer model at the same time as moving it will save money in the long run.

Modern A-rated boilers are also much more efficient than older units, so upgrading rather than relocating an old boiler will reduce the cost of the energy bills and the upgrade will pay for itself over time. According to Energy Saving Trust, replacing an old G-rated boiler with an A-rated condensing boiler saves homeowners £315 per year on average.

When debating whether to relocate or replace a boiler, the final point to consider is the availability of spare parts. Some older boilers are no longer in production, meaning that you can’t get hold of flues for them any more. As a result, relocating an older boiler may not be possible.

Where can you move a boiler to?

Provided that the installation meets the boiler flue regulations so fumes can exit the room safely, a boiler can be relocated to many different parts of a home including:

With the right approach, it should be possible to move a combi boiler to any of these locations. Other types such as system boilers and heat-only (conventional) boilers are more complicated to relocate due to their reliance on external components.

System boilers require a separate storage cylinder to provide hot water throughout a home. The additional cylinder is usually kept in an airing cupboard, so the new location will need to have space both for the cupboard and the boiler itself.

A heat-only boiler relies on several separate components: as well as a hot water storage cylinder, conventional boilers need to have a cold water cistern and a feed and expansion tank in the loft, which uses gravity to feed the boiler below it. For this reason, heat-only boilers can’t be moved into an attic space as they need to be on a lower floor than the feed tank.

When picking which room to move a boiler to, it’s worth noting that:

With those considerations out of the way, let’s explore each of the possible locations that a boiler could be moved to.

An airing cupboard makes an ideal spot for a combi boiler. Where a system or heat-only boiler is in use, however, this space tends to be taken up by the hot water cylinder. It’s usually only possible to move a boiler to the airing cupboard if it is a combi boiler or in situations where a different type of boiler is being replaced with a combi.

Many homeowners relocate their boiler to the bathroom so that it can be hidden in a cupboard and the hot water can reach the taps and shower faster. As boilers contain electrical components that should not get wet, there are certain regulations that must be met to install one in a bathroom.

The regulations are designed to keep the boiler safe and dry. It must be stored in a cupboard at least 0.6 metres away from the bath and shower. In addition, the main electrical spur for the boiler must be outside the bathroom. These conditions inevitably limit the range of spaces that a boiler can occupy, but moving the unit to the bathroom is still possible if they are met.

It is possible to move a boiler to a bedroom. That said, there are some issues to consider before deciding to do so:

Some people like the idea of keeping the boiler out of the way in the garage. Whilst this can definitely be done, garages tend to get very cold over the winter and there can be issues with the water inside a boiler freezing at low temperatures.

When relocating a boiler to a garage, there are some steps that should be taken to protect it from frost:

Kitchens are the most common place to find a boiler. They’re usually positioned out of the way of any bedrooms, limiting the potential for the noise to disturb anyone. Equally, it can be useful to have the boiler close to taps and appliances that draw water from it such as dishwashers and washing machines.

Despite these points, gas engineers are often asked to move boilers out of kitchens. This tends to be to do with freeing up storage space in the kitchen or relocating the boiler to a place where it’s less likely to be seen.

Storing a boiler in the loft is ideal for keeping the unit out of sight. However, as we’ve touched on already, heat-only (conventional) boilers cannot be relocated to the loft. This type of boiler requires a feed and expansion tank to be positioned above the boiler in the attic so that it can supply the unit with water using gravity.

When moving a boiler up to a loft, there are some other important considerations:

Where there is space available in a utility room, this is the perfect place for a boiler. These rooms are typically out of the way from the rest of the house and with good access to the outer wall for a boiler flue. What’s more, the utility room tends to be more accessible than the loft, making it much easier to reach the boiler controls when required.

How long does it take to move a boiler?

In most cases, you would expect it to take no longer than two days to move a boiler. That said, the time taken will vary depending on the complexity of the boiler relocation.

Moving a combi boiler a short distance can be done in as little as one or two days. The amount of time required will increase for more complicated moves such as relocating a system boiler from the ground floor of a house to the loft.

This guide has explained everything you need to know about moving a boiler, from the costs involved to the rooms the unit can be relocated to.

How Much Does It Cost to Move a Boiler?